Phase I of Project DeRenne began in 2008, following voter approval of SPLOST that included funds for transportation improvements to DeRenne Avenue.  This phase consisted of the examination of existing and future traffic conditions; and a number meetings to determine how best to move forward.  A Project Advisory Committee (PAC) was formed to guide city officials in identifying potential solutions to problems and deficiencies along DeRenne Aveune between I-516 and Abercorn Street.

Phase 1 included Steering Committee meetings, neighborhood meetings, stakeholder interviews and meetings, PAC meetings, a design charrette, and two public workshops. Over the two year period, 40+ meetings were held in which a number of transportation issues were identified; such as, traffic congestion, no street connectivity, lack of a pedestrian and bicycle network, decline in emergency responses and extensive traffic queues.  Two alternatives were identified to be carried forward in the Draft Environmental Impact Statement (DEIS), which was known as the Intersection Option and Boulevard Option.  The Boulevard Option was determined to be a better solution to solving the traffic issues. 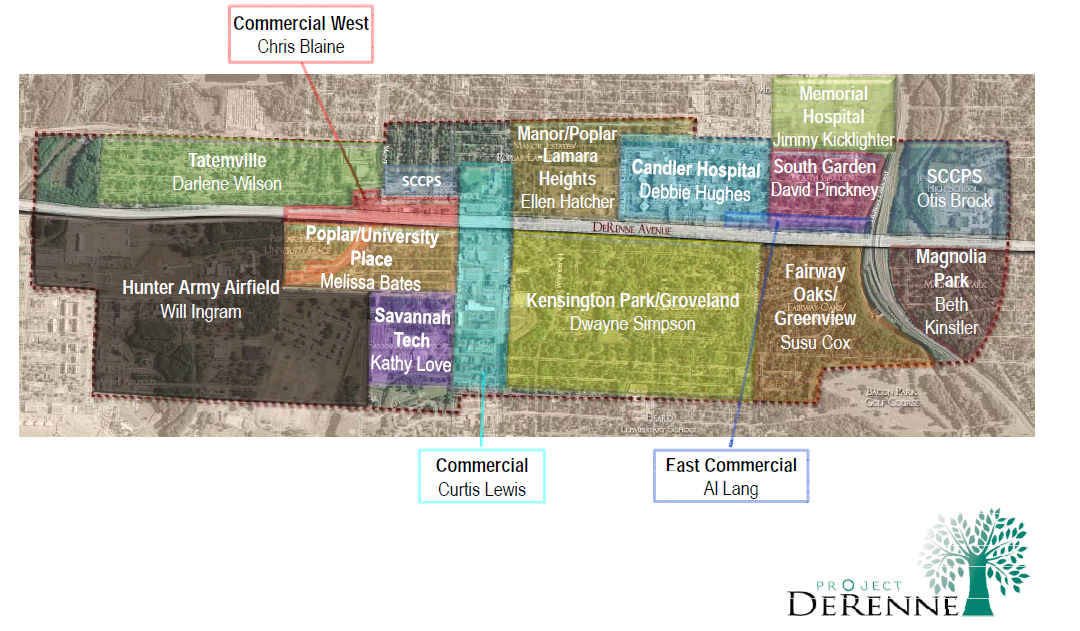