Future of The Civic Center

Past, Present and Future of The Savannah Civic Center

In February 2022, Savannah opened the state-of-the-art Enmarket Arena on Stiles Avenue, just west of downtown and east of Historic Carver Village. In anticipation of that historic milestone, the City has been developing a plan for the 50-year-old Savannah Civic Center, comprised of the Martin Luther King Jr. Arena and Johnny Mercer Theater, which sit on nearly 8 acres in Savannah’s National Historic Landmark District.

The plan would restore a larger section of the Oglethorpe Plan, including two trust lots and four tithing lots, which were lost with the development of the Civic Center.

Urban design expert Christian Sottile worked with the City to develop the plan. His presentation before City Council can be viewed HERE.

Over the next several months, the City will conduct further research, develop more detailed plans, and launch a significant public engagement process.

We’ll be posting information as it is developed on this page. Check in to view the latest, and learn about how you can provide input. 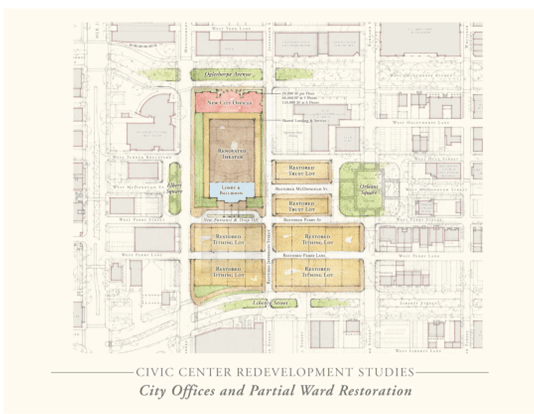 By the end of 2022, the City will be further studying this option and obtaining additional community feedback to present a more detailed budget and plan.

If you would like to share your comments on the future plans of the Savannah Civic Center, please submit your comments to planning@savannahga.gov.

In 1972, the City of Savannah completed the construction of the Savannah Civic Center on the site of the former Municipal Auditorium.  The facility currently encompasses a 7.0-acre site—the equivalent of 10 city blocks—and includes the 9,700-seat Martin Luther King, Jr. Arena, 2,500-seat Johnny Mercer Theatre, ballrooms, several multi-purpose rooms used for several municipal and community purposes, and two levels of lobby space.   A 275-space surface parking lot is also part of the site. 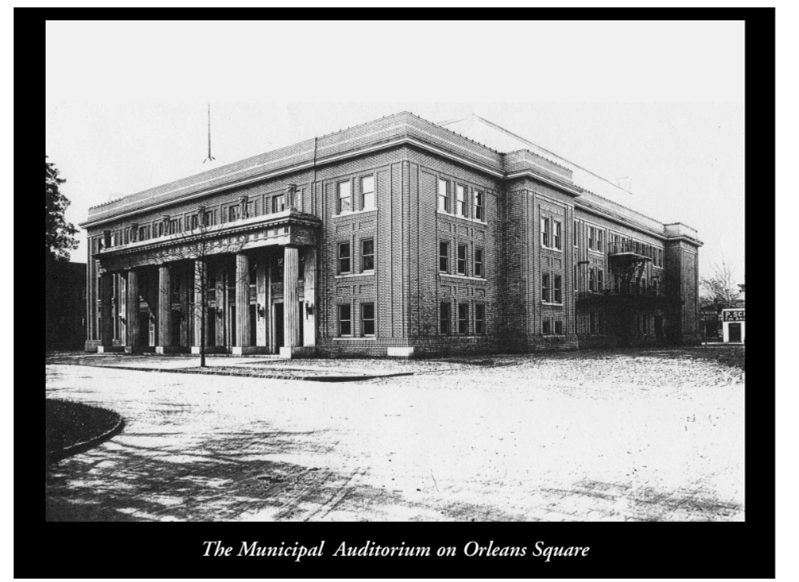 The Civic Center is located on the western edge of Savannah’s downtown and within the National Landmark Historic District.  The construction of the site was an integral part of an urban renewal initiative in the 1970s where exceptions were made to the Oglethorpe Plan.   Additionally, the Historic District Ordinance was not yet in place, allowing the Civic Center complex to claim parts of two of the City’s original wards—Elbert and Jackson—while also claiming a large part of Elbert Square. This disrupted original street patterns and closed off traffic to the rest of the Historic District to the east.

Recognizing the importance of the Historic District, it has been a goal of the City to re-establish the lost elements of the Oglethorpe Plan as this location.  This potential goal was recognized in the late 1990s when the City noted an option to demolish the arena, construct a garage on its site, and rebuild the arena elsewhere, while retaining the theater, ballrooms, and meeting rooms. In addition, a 2001 Civic Center Arena Analysis ranked the site of the current civic center in the bottom rung of eight potential options for a new arena due to limitations caused by traffic congestion, the size of the parcel for future development, and inadequate parking.  In September 2013, City Council approved the Springfield Canal/City Lot site for a new arena, but they had not yet decided the future of the Savannah Civic Center.

In 2016, the City appointed the Arena Advisory Committee for Utilization of the Current Civic Center which recommended that the theater, meeting rooms, and ballrooms be retained, and the arena be preserved for locally sponsored events. Concurrently, a Proposed Arena Feasibility Study commissioned by City Council recommended against preserving the arena due to the cost of renovations and repairs needed to bring the building in compliance with development standards, including, life safety, and ADA compliance. 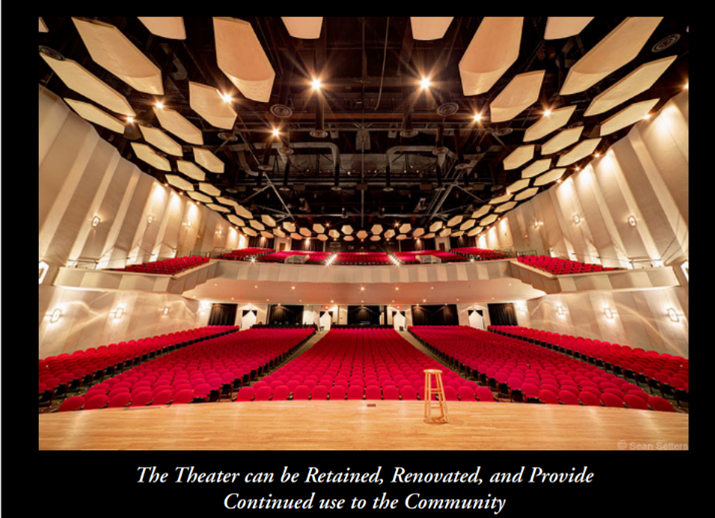 Discussions about the future of the Civic Center site continued in 2017 and focused on the restoration of the Oglethorpe Plan and the ways the parcel diminishes the integrity of the National Landmark Historic District.  This was emphasized in the report conducted by the Urban Land Institute (ULI) Technical Assistance Panel when they studied the Civic Center and surrounding area to determine the highest and best use for its redevelopment.  In June 2019, Mayor and Aldermen unanimously adopted the ULI report Savannah Civic Center Redevelopment which strongly recommended that the entire Civic Center complex by removed in preparation for the restoration of the Oglethorpe Plan.

The City of Savannah wishes to thank the Community and Survey Partners for their sponsorship support: